According to the Bureau of Economic Analysis, the self-employed consist of “active proprietors or partners who devote a majority of their working hours to their unincorporated businesses.”  Another thing the BEA says is that, despite the civilian labor force tripling during the same period, the number of self-employed persons in the United States has remained fairly constant over the last 80 years.

The only thing that has changed is industry composition… 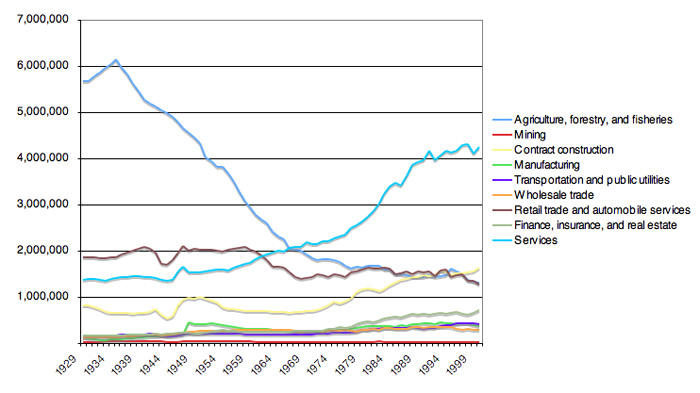 Where we once had farmers, we now have service providers.  But does that explain why the self-employed went from 21% the size of the labor force down to 6%?  Do we have fewer independent operators in the economy or are more of them  turning to the corporate or LLC structure to protect themselves from the modern consumer?

Though it’s a large bucket with only a few drops in it right now, you... 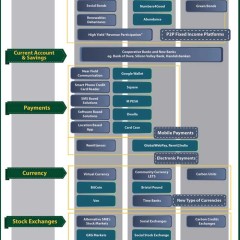 Like never before, you’ve got alternatives… All Street chart via P2P Foundation’s Blog