Who forgot to open a file on advertising?  00265 it is then.  Thanks to Hulu for the incredible specimen with which we start this collection. 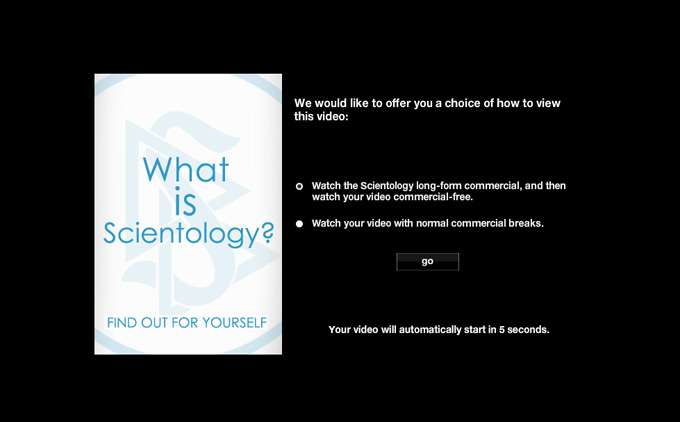 How many people do you think found out?

Perhaps the first thing to do here is not start a long game of what’s wrong with this picture.  Let’s find out for ourselves.  Not about Scientology, but advertising. While it would seem we are all so connected these days that word of mouth could save us from the constant interruption and visual noise, let’s go the other direction with it first and be part of the supposed problem. 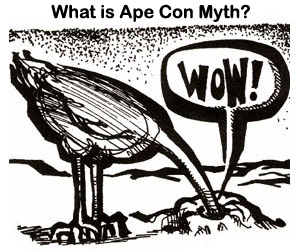 Is it alright that it only takes a few cents to get this in front of thousands of eyeballs?

Re: Watch Out for Falling Giants

Did anyone notice this line-up in the Econ Devision feed the other day? 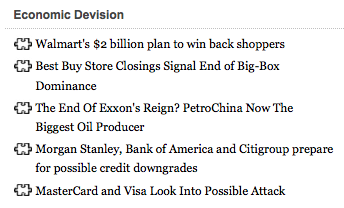 That’s quite a few large companies looking vulnerable.  Is the age of giants over and if so what might they be willing to do to keep from falling?  Whose interest will it be in?  How long can the inevitable be put off?  Where’s the line between big business and bloated bully?  Let’s keep our eyes out for more examples and any past highlights in the field of non-competitive overstaying of welcomes.

File under 00262 – The Behavior of Falling Giants