It’d be a wonderful thing if the numbers in the little red dots below were instances of ponies at birthday parties last weekend.  But no, Iran does not currently have 42 exceptionally happy children on its hands.  Those are the number of bloggers and other internet users who have been threatened, arrested or worse for their activity online.  Or at least, the known cases… 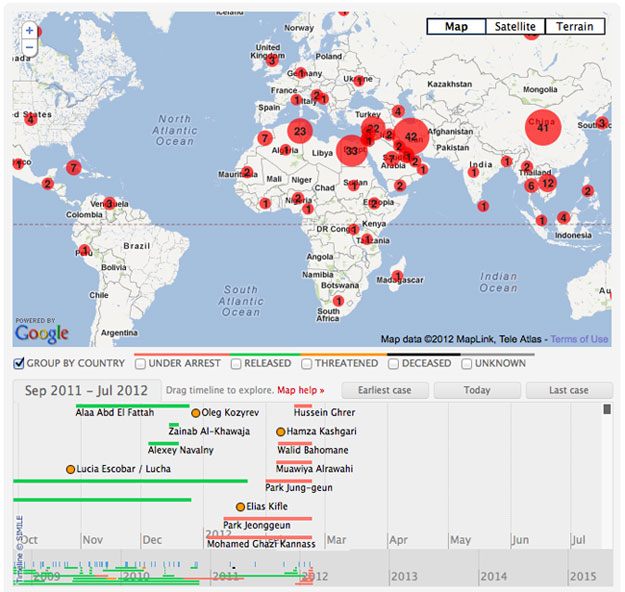 The Threatened Voices tracker is a new project from Global Voices and EFF to raise awareness of Bloggers Under Fire.  From EFF:

As activists and ordinary citizens around the world are increasingly making use of the Internet to express their opinions and connect with others, many governments are increasing their surveillance and censorship capabilities and taking legal or extrajudicial actions against bloggers and social media users.

While journalists often have a newspaper backing them, not to mention a more professional sounding title, bloggers can quickly find themselves standing alone with their laptops.  The United States might have taken a dive in the latest Press Freedom Index, but there are 130 other countries where conditions are far worse for those who speak out.

To learn more about what’s happening, check out Global Voices for profiles on individual bloggers and EFF for coverage of their cases.

You knowing is half the battle. 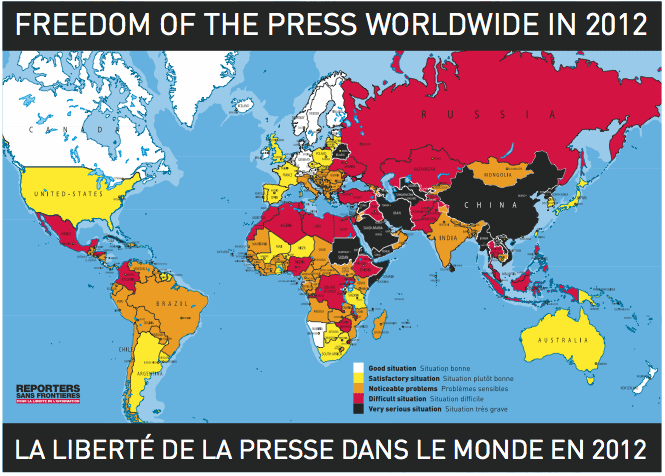