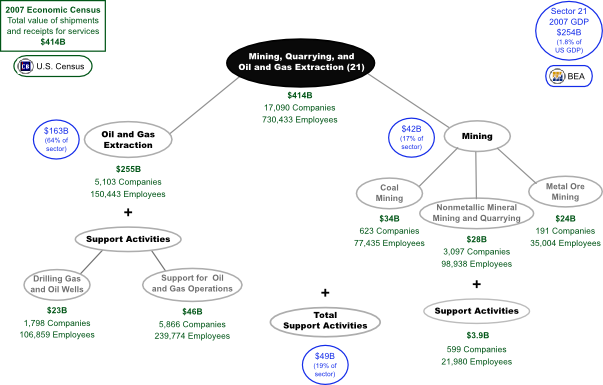 Here we go again, but this time all 20 economic sectors link to a first round mapping. Also, U.S. GDP figures have been added to the top level and will be trickling down over the next few weeks…

The chart below is live, or you can go to the full page version.

This needlessly long segment is not the best representative of the ‘might’ position (or journalism), but is included because it’s always fun to look at empty cities and malls, particularly on Mondays.

(aka, Construction and Wholesale Trade)

Two more charts for our NAICS collection. Click either image to explore…